nemoku.lt
Navigacija
Darbų paieška
Kalbų studijos > The Interpreter. A study of the working situation of interpreters in general, and those who work for the Swedish Migration Board

The Interpreter. A study of the working situation of interpreters in general, and those who work for the Swedish Migration Board 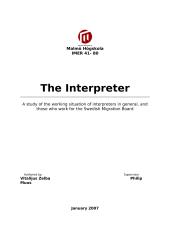 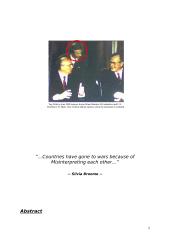 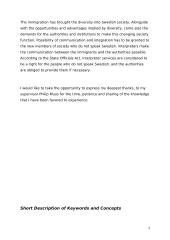 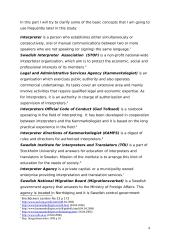 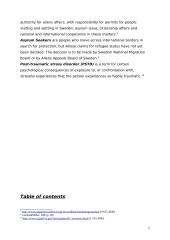 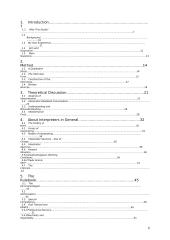 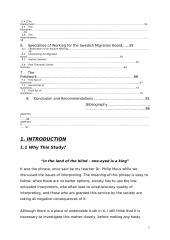 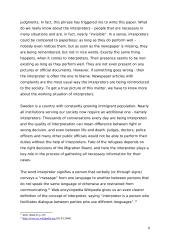 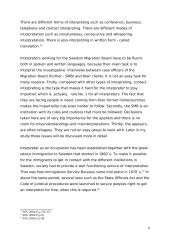 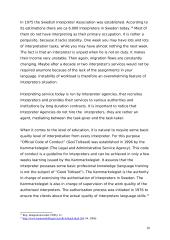 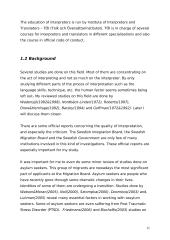 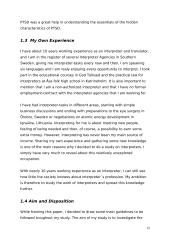 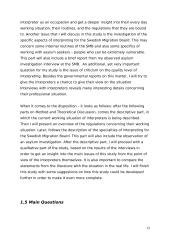 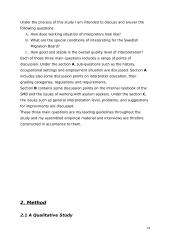 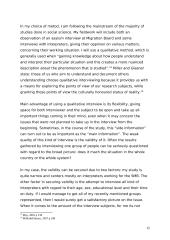 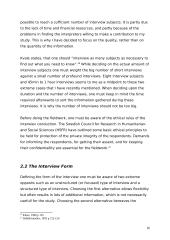 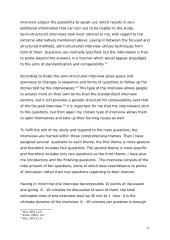 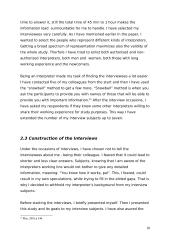 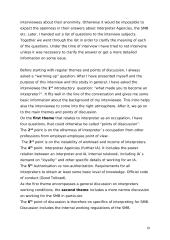 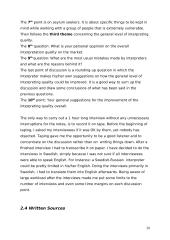 Top Talks in June 1995 between Soviet Prime Minister M.Gorbatchov and U.S.
President J.W. Bush.. One of these seldom pictures where the interpreter is included.
”…Countries have gone to wars because of
Misinterpreting each other…”
-- Silvia Broome --
Abstract
The immigration has brought the diversity into Swedish society. Alongside with the opportunities and advantages implied by diversity, come also the demands for the authorities and institutions to make this changing society function. Possibility of communication and integration has to be granted to the new members of society who do not speak Swedish. Interpreters make the communication between the immigrants and the authorities possible. According to the State Officials Act, interpreter services are considered to be a right for the people who do not speak Swedish, and the authorities are obliged to provide them if necessary.
I would like to take the opportunity to express my deepest thanks, to my supervisor Philip Muus for the time, patience and sharing of the knowledge that I have been favored to experience.
Short Description of Keywords and Concepts
In this part I will try to clarify some of the basic concepts that I am going to use frequently later in this study:
Interpreter is a person who establishes either simultaneously or consecutively, oral or manual communications between two or more speakers who are not speaking (or signing) the same language.1
Swedish Interpreter Association (STOF) is a non-profit national-wide interprteter organization, which aim is to protect the economic, social and professional interests of its members.2
Legal and Administrative Services Agency (Kammarkolegiet) is an organisation which exercises public authority and also operates commercial undertakings. Its tasks cover an extensive area and mainly involve activities that require qualified legal and economic expertise. As for interpreters, it is an authority in charge of authorization and supervision of interpreters.3
Interpreters Official Code of Conduct (God Tolksed) is a rulebook operating in...