Government in Lithuania The UK and The USA 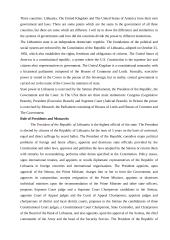 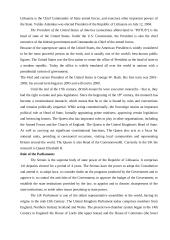 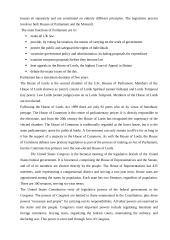 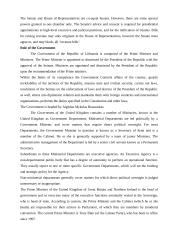 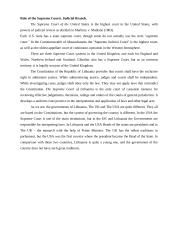 ﻿Three countries: Lithuania, The United Kingdom and The United States of America have their own government and laws. There are some points which are the same in the government of all three countries, but there are some which are different. I will try to show the difference and similarities in the systems of governments and how did the countries divide the power to different institutions.
The Lithuanian state is an independent democratic republic. The foundations of the political and social system are enforced by the Constitution of the Republic of Lithuania, adopted on October 25, 1992, which also establishes the rights, freedoms and obligations of citizens. The United States of America is a constitutional republic, a system where the U.S. Constitution is the supreme law and citizens elect representatives to government. The United Kingdom is a constitutional monarchy with a bicameral parliament composed of the Houses of Commons and Lords. Formally, executive power is vested in the Crown in the person of the Sovereign, but in reality, central government is carried out in the name of the Crown by ministers of state.
State power in Lithuania is exercised by the Seimas (Parliament), the President of the Republic, the Government and the Court. In The USA there are three main institutions: Congress (Legislative Branch), President (Executive Branch) and Supreme Court (Judicial Branch). In Britain the power is exercised by Monarch, the Parliament consisting of Houses of Lords and Houses of Common and The Government.
The President of the Republic of Lithuania is the highest official of the state. The President is elected by citizens of the Republic of Lithuania for the term of 5 years on the basis of universal, equal and direct suffrage by secret ballot. The President of the Republic considers major political problems of foreign and home affairs, appoints and dismisses...

The Environment in Lithuania 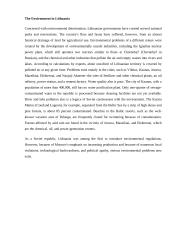 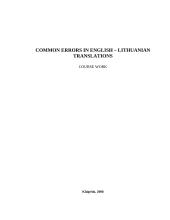 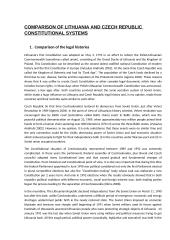 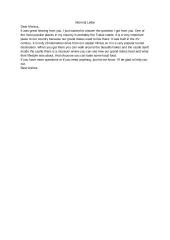