nemoku.lt
Navigacija
Darbų paieška
Istorija > Lietuvos istorija > How much were the Lithuanians responsible for the killing of Jews during the summer of 1940?

How much were the Lithuanians responsible for the killing of Jews during the summer of 1940? 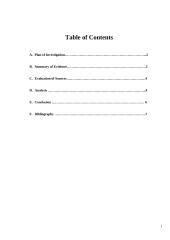 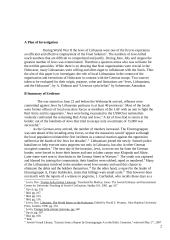 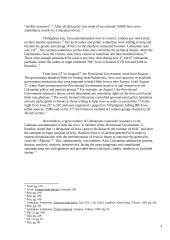 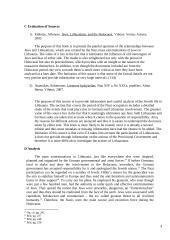 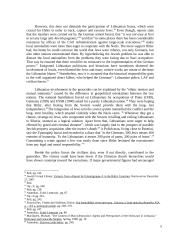 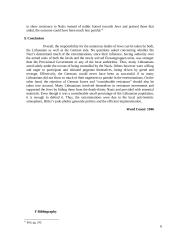 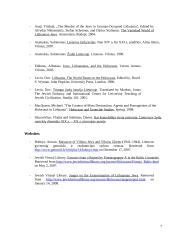 During World War II the Jews of Lithuania were one of the first to experience an efficient and effective employment of the Final Solution1. The numbers of Jews killed reach numbers that are difficult to comprehend and justify. During June, July and August the greatest number of Jews was exterminated. Therefore a question arises who was to blame for the terrible genocides. While there is no denying that Nazi organizations were crucial in the Holocaust, many Lithuanians were willing and often eager to collaborate with the Nazis. Thus the aim of this paper is to investigate, the role of local Lithuanians in the context of the organization and executions of Holocaust in contrast with the German troops. Two sources taken to be evaluated for their origin, purpose, value and limitations are “Jews, Lithuanians, and the Holocaust”, by A. Eidintas and “Lietuvos zydu kelias” by Solomonas Atamukas.
B Summary of Evidence
The war started on June 22 and before the Wehrmacht arrived, offenses were committed against Jews by Lithuanian partisans in at least 40 provinces2. Most of the locals were former officers of local executive forces or members of the LAF with an aim to fight the Red Army and its supporters.3 Jews were being evacuated to the USSR but nationalists violently confronted the remaining Red Army and Jews.4 A lot of Jews had to return at the border; out of the hundreds of Jews that tried to escape only an estimate of 15,000 was successful.5
As the German army arrived, the number of murders increased. The Einzetsgruppen was sent ahead of the invading army forces, so that the massacres would "appear as though the local population initiated the first incidents as a natural reaction against the oppression suffered at the hands of the Jews for decades".6 Lithuanians joined the newly- formed police battalions... 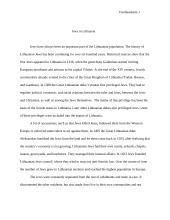 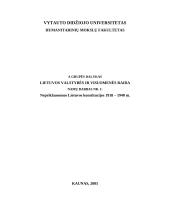 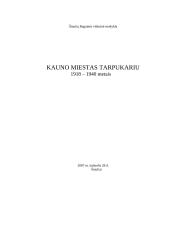