A brief summary of the negotiations 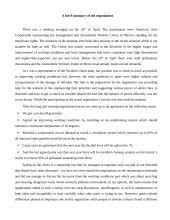 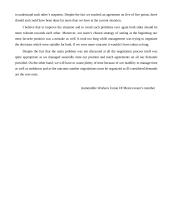 There was a meeting arranged on the 24th of April. The participants were American Auto Corporation representing the management and Automobile Workers Union of Mexico standing for the employees rights. The initiators of the meeting were both sides because of the recent situation which is not suitable for both as well. The Union was mainly concerned at the decisions of the higher wages and improvement of working conditions and from management side basic complains were high absenteeism and higher-than-expected cost per unit levels. Before the 24th of April there were held preliminary discussions and the Automobile Workers Union of Mexico had already made several demands.
As I was a representative of the Workers Union team, our position was to reach as much as possible in improving working conditions but, however, the main questions to agree were higher salaries and compensations of the damage of inflation. My role in the preparation for the negotiation was providing help for the workers in the emphasizing their priorities and suggesting various pieces of advice how to dominate and how to get as much as possible despite the fact that the balance of power definitely was not in our favour. While the participating in the actual negotiation I was the one who took the minutes.
• And the last agreed point was that next year there will be installed cleaning systems on the factory’s stacks to remove 95% of pollutants emanating from them.
Seeing all this, there is a sequential fact that we managed to negotiate only one half of our demands that should have been discussed – we have not even started the negotiations... 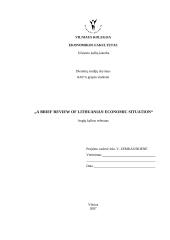 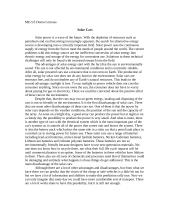