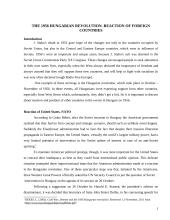 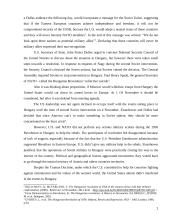 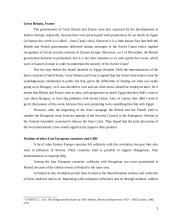 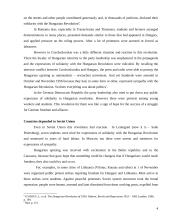 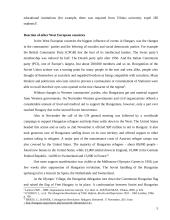 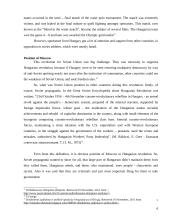 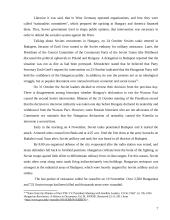 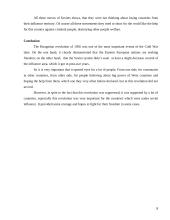 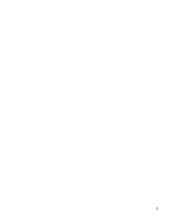 J. Stalin's death in 1953 gave hope of the changes not only in the countries occupied by Soviet Union, but also in the Central and Eastern Europe countries, which were in influence of Soviets. 1956’s were an important and unique years, because J. Stalin's cult was doomed in the Soviet Union Communists Party XX Congress. These changes encouraged people to seek alterations in their own states lives, especially when the West always declared the importance of freedom and always assured that they will support these new countries, and will help to fight with socialism (it was very often declared trough Radio Free Europe).
One example of these strivings is the Hungarian revolution, which took place in October – November of 1956. In these events, all Hungarians were expecting support from other countries, especially from West (from which, unfortunately, they didn’t get a lot). So it is important to discuss about reaction and position of other countries to the events in Hungary on 1956.
According to Csaba Békés, after the Soviet invasion to Hungary the American government realized that they had no firm concept and strategic scenario, should such an unlikely event happen. Suddenly the Eisenhower administration had to face the fact that despite their massive liberation propaganda in Eastern Europe, the United States, virtually the world’s largest military power, had a very limited potential of intervention in the Soviet sphere of interest in case of an anti-Soviet uprising1.
intervention in Hungary on the agenda of its session on 28 October.
Following a suggestion on 26 October by Harold E. Stassen, the president’s advisor on disarmament, it was decided that Secretary of State John Foster Dulles, in his canvassing speech for a Dallas audience the following day, would incorporate a message for the Soviet Union, suggesting that if the Eastern European countries achieve independence and...

How far did Louis Philippe fulfill the hopes of the revolutionaries?