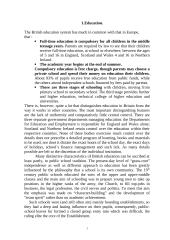 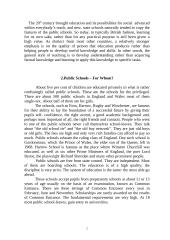 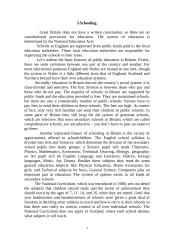 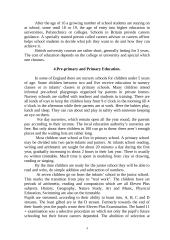 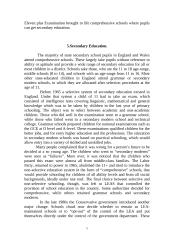 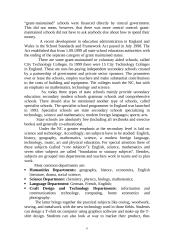 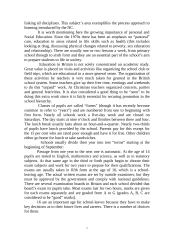 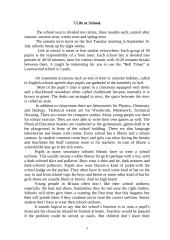 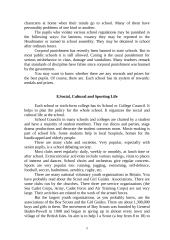 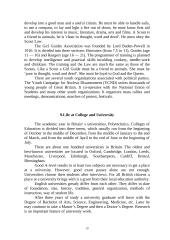 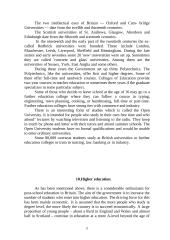 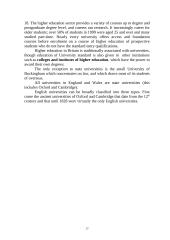 ﻿1.Education.
• Full-time education is compulsory for all children in the middle teenage years. Parents are required by law to see that their children receive full-time education, at school or elsewhere, between the ages of 5 and 16 in England, Scotland and Wales 4 and 16 in Northern Ireland.
• The academic year begins at the end of summer.
Compulsory education is free charge, though parents may choose a private school and spend their money on education their children. About 93% of pupils receive free education from public funds, while the others attend independent schools financed by fees paid by parents.
• There are three stages of schooling with children, moving from primary school to secondary school. The third stage provides further and higher education, technical college of higher education and universities.
There is, however, quite a lot that distinguishes education in Britain from the way it works in other countries. The most important distinguishing features are the lack of uniformity and comparatively little central control. There are three separate government departments managing education: the Departments for Education and Employment is responsible for England and Wales alone; Scotland and Northern Ireland retain control over the education within their respective countries. None of these bodies exercises much control over the details does not prescribe a detailed program of learning, books and materials to be used, nor does it dictate the exact hours of the school day, the exact days of holidays, school’s finance management and such lick. As many details possible are left to the discretion of the individual institution.
Many distinctive characteristics of British education can be ascribed at least partly, to public school tradition. The present-day level of “grass-root” independence as well as different approach to education has been greatly influenced by the philosophy that a school is its own community. The 19th century public... 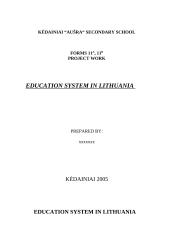 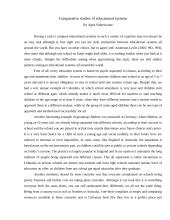 Education and students life at universities of Europe and America 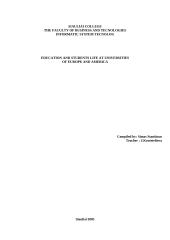 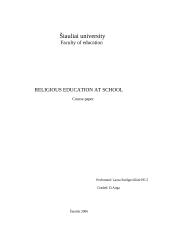