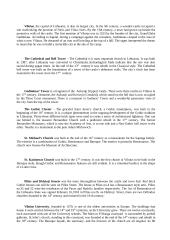 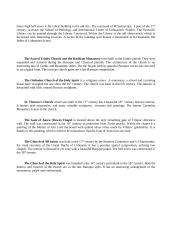 ﻿Vilnius, the capital of Lithuania, is also its largest city. In the 5th century, a wooden castle occupied a site overlooking the junction of Neris and Vilna rivers. By the 13th century, a town had grown up beside the protective walls of the castle. The first mention of Vilnius was in 1323 by the founder of the city, Grand Duke Gediminas. According to legend, during a campaign against the crusaders, Gediminas camped in the area of what is now Vilnius. He dreamed of an iron wolf howling at the top of a hill. The sages interpreted the dream to mean that he was to build a invincible city at the site of his camp.
The Cathedral and Bell Tower – The Cathedral is it most important church in Lithuania. It was built in 1387, after Lithuania was converted to Christianity.Archaelogical finds indicate that the site was also sacred during pagan times. At the end of the 13th century it was rebuilt in the Classical style. The Cathedral bell tower was built on the foundations of a tower of the castle’s defensive walls. The city’s clock has been mounted in the tower since the 17th century.
Gediminas’ Tower is a fragment of the Aukstoji (Upper) Castle. There were three castles in Vilnius in the 17th century: Zemutine, the Aukstoji and Kreivoji (Crooked), which stood on the hill that is now occupied by the Three Cross monument. There is a museum in Gedimas’ Tower and a wonderful panoramic view of the city from the top of the tower.
The Gothic Cluster – The graceful Saint Anne’s church, a Gothic masterpiece, was built in the beginning of the 16th century. It is a unique phenomenon in the ongoing development of the Gothic tradition in Lithuania. Thirty-three different brick types were used to create a sence of...

Vilnius - the city I live in 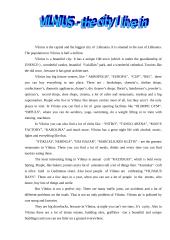 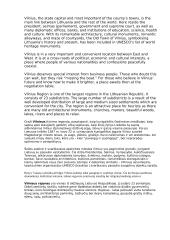 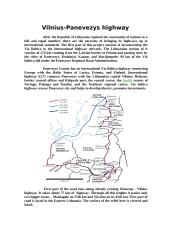 Another car crash on the road Vilnius-Utena 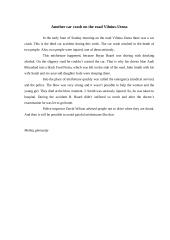